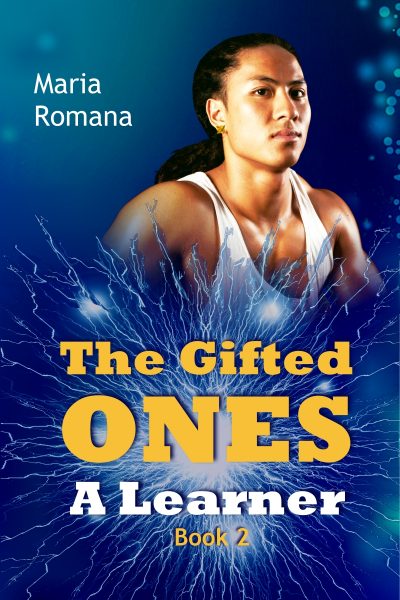 The Story
Book Two: A Learner
Daniel Holybear, a Native American Gifted One, finds himself at odds with a development company that is threatening the peaceful seaside town he grew up in. When the company’s construction project unearths a mysterious stone tablet, Daniel calls on his Gifted friends to help secure the stone and uncover its secrets. Their efforts to assist him, however, are complicated by a peculiar kinship Ellie senses between Daniel and the project’s lovely manager. As the relationship deepens, Ellie finds her Gift bringing more pain than pleasure to those around her, and ultimately leading one of them to the brink of tragedy.

The Series
The Gifted Ones is an episodic, romantic suspense series, with each book running 65K to 100K words in length (300 to 400 paperback pages). Each episode is a complete story in itself, but leaves “dangling threads” to be resolved in later episodes. The stories are chronological and connected with recurring characters, so you will want to read them in order, similar to many action/adventure/mystery series on television.

Series Content
The Gifted Ones series is intended for an audience that is 16+. It is NOT intended to be YA fiction, as it does/will contain some violent and sexual themes, but nothing graphic, gory, or explicit. It should be acceptable reading material for anyone from 16 to 106.