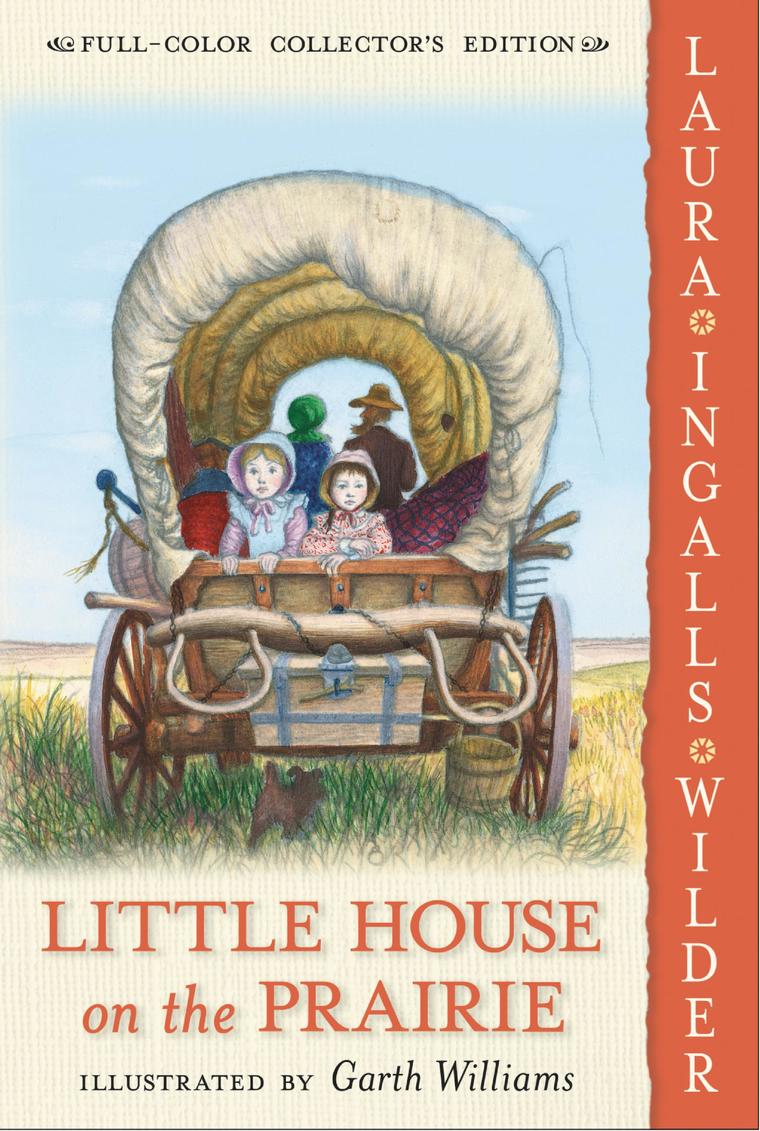 I haven’t blogged in a really long time—six months—not because there hasn’t been a lot to blog about, but because I’ve been forcing myself to keep my head down and get that darn fourth book of the Gifted Ones series finally finished. And I’m actually close on that, but the PC police finally got to me today. Mass shootings, illegal immigrants, retiring Supreme Court Justices, and God knows, FBI soft-coup plots couldn’t drag me away, but when you start messing with my childhood memories in the form of Laura Ingalls Wilder, you’ve gone too far!

Like millions of children the world over, I adored the Little House on the Prairie series, both in book form and on TV. I read the entire series through at least three times. What I, as a kid growing up in the 1960s and 70s, loved most about the series was the authentic taste of a time I’d never know. I was enthralled by the idea of people literally living off the land, building their house with their own two hands, and dolls made of corn cobs.

My young mind was boggled and shaped by events such as hail storms that destroyed the crops—the family’s sole source of food and income, or the bout of Scarlet Fever that left Laura’s sister permanently blinded because there were no antibiotics to quickly knock it out in a day or two. Reading those books helped me develop an appreciation for the time I lived in–for the grocery store within walking distance, the school bus that saved me from sub-zero temps, and our hot and cold running water and flushing toilets.

Laura Ingalls Wilder and her Little House series fascinated us all with its intimate view of a time long past, that is, H-I-S-T-O-R-Y. American history. A realistic, unvarnished, non-white-washed view of American history. And yes, one that is frequently politically incorrect. It appears that Ms. Wilder’s honest recollections of what life was like in the late nineteenth century have now rendered her persona non grata in the literary world. Lines such as this one, describing the Great Plains of the US as a place where “there were no people…only Indians lived there,” can apparently no longer be taken in context.

This week, the narrow-minded “Association for Library Service to Children” decided to remove Ms. Wilder’s name from a prestigious children’s literature award, because of the perceived anti-black and anti-Native American sentiments that are occasionally expressed in her books. I would ask this group, what type of sentiments should a five- or ten-year-old girl have had in the 1870s? The books are truthful representations of the attitudes and experiences of Laura Ingalls’ childhood world. They are autobiographical. She didn’t sugar-coat what she saw and heard and felt, because she wanted to share what her life was really like, not what folks a hundred and fifty years later might have preferred it to be like.

So go ahead, take her name off the award. While you’re at it, might as well take her books off the shelf, too, along with countless other literary gems that honestly reflect the time periods they’re about, like Huckleberry Finn, and most everything Shakespeare wrote, and when you’re done with that, go on and knock down a bunch of statues of guys who weren’t saints but were heroes in their time and place, because, hey, it’s better to make unpleasant history disappear than to study it and learn from it and appreciate it for what it is. Shoot, nobody really likes learning history anyway, right? Let’s just all live in the present moment and keep up with the Kardashians, because that’s like, really super-duper important stuff… 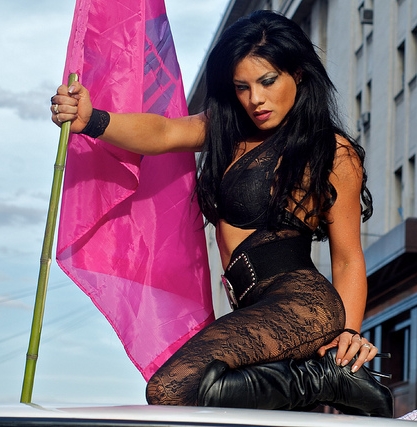 Trigger Warning: I’m getting ready to be super-duper politically incorrect. I mean, even more than usual. Like, way more than usual. So if you can’t stand the heat, here’s a link to a cute puppy page, because I can see you need a safe space.

I’ve been thinking a lot about this whole #MeToo movement, about women telling tales of sexual abuse from long ago, particularly if the perpetrator is someone rich, famous, and powerful. Initially, I didn’t want to comment, because I’m not a joiner. I hate saying “me too” about anything. I’m terribly contrarian and individualistic and love to look for flaws in any form of groupthink, but I’m ready to come out of the closet now and join the #MeToo movement…if only to tromp all over it.

In my younger and prettier days, I experienced the entire gamut, at one time or another, of what is now referred to as sexually inappropriate behavior. So I get to talk about this subject without the SJW’s telling me to “shut up, you just don’t understand,” because I totally do.

Some of those youthful experiences simply hurt my feelings or left me fuming angry for a couple of days, while others caused me great distress, like therapy-and-mood-stabilizing-drug-level distress, so first I have to say, yes, there is a spectrum; while a butt-pinch in a smoky bar might be crude and belittling, it’s not life-changing. It’s just not. And a guy who “forcibly kisses” a woman shouldn’t be classed with serial rapists and child-molesters. We might call him creepy or filthy or some other words I won’t use here, but should he be put in jail? Absolutely not. Now, one of my lovely perpetrators probably should have been put in jail, and maybe would have been, if I’d been up for having my life turned upside down with cops and courts and public shaming and tearful family members and lost friends. Yeah, no, I didn’t go there, and I don’t regret it.

But if that guy was running for office or had a high-up corporate position today, some thirty-odd years later, I absolutely would NOT step up to the podium now, choking back tears, with Gloria Allred at my side, and out the dude as a slime-ball. And for saying that, I’m sure the Feminist Police will have my head. Especially if said slime-ball was someone they were ardently politically opposed to and wanted to destroy. It’d be my duty, they’d have me believe, to save all of womankind from this creepy person of the male persuasion. Even if the creep has cleaned up his act and is no longer a threat to anyone.

Which brings me right to my point. What, really, is the purpose of all the long-ago story-telling, of the #MeToo’ing? What is the motivation for sharing with the world how this big, important person wronged you back when Jimmy Carter was president?

Well, maybe you’ve never told anyone before. Maybe you need support and therapy and soul-cleansing to get on with your life. Fair enough. So go get some–call a hotline, hire a therapist, tell a friend. Trust me, it’ll do a lot more for you than an anonymous post on Facebook. But then, typing a hashtag takes way less courage than actually trying to resolve your issue.

But maybe you’re past that. You’re good with whatever happened. It was a long time ago, after all. Now you want to offer support to other men and women who’ve suffered as you have. Okay, that’d be a nice thing to do. But of course, you can do that without naming names. In fact, you can do it without going public at all. You can join support groups, do volunteer work, write songs or books or poems that express your outrage and your pain and help others work through theirs. But those things take time and energy; where’s the fun in that?

Maybe your reason for “coming out” is more serious. Maybe you want to try and stop an active predator or help another victim put him away. That’s a laudable purpose indeed, and surely, the right thing to do. If your testimony would keep this person from hurting someone else, then by all means, give it and any evidence you have to the police and the courts. Or to the head of the school where the person teaches. Or to the H.R. department where he works. That is how Bill Cosby and Harvey Weinstein were eventually stopped: police procedures and due process. Not much glory or limelight in that, but it works.

But what if the bad guy is no longer a serious, active threat? President George H.W. Bush comes to mind—90 year old man in a wheelchair. Or what if all the allegations are ancient and unprovable, as in Judge Roy Moore’s case? Or what if they’re provable but not realistically prosecutable, as in Senator Al Franken’s situation? Even if everything these men are accused of is true, what is the point of the finger-pointing? You want compensation for your pain and suffering? That’s not unreasonable. File a civil suit against them. Nobody else has to know. In fact, they’d prefer it that way; if there’s any believability to your story, you’ll get what you want, and they’ll get your silence in return.

But maybe it’s not about compensation. Maybe you just want to warn us that this guy is creepy. You want us to know he’s capable of bad judgement, stupid mistakes, and nefarious deeds, or at least he was, at some point in his life. Good thing none of the rest of us has ever done anything we regret. Good thing none of us has one single thing in our pasts that we’d rather no one know. Because surely that one thing absolutely defines who we are and what we’re capable of, a decade or three down the road.

But maybe your desire to share your story is not about helping the world to understand this person’s character. Maybe it’s more that you just want people to know that, damn it, he hurt you all those years ago, that you were a victim of this now rich and powerful person, because poor you, your life was ruined. Unless of course, it wasn’t. Not saying you didn’t suffer great pain, but are you happy today? Do you have a good life? Do you like who you are? If you do, what would you go back and change? How do you know that your worst experiences aren’t the ones that made you who you are?

Okay, maybe it’s none of those things. Then I’ll ask again, why share the ancient history? Maybe, just maybe, what you really want is to bring the person down. Maybe you want to destroy his life and his career and his family—because that’s the likely outcome of a #MeToo tale. Maybe you want to exert control over this guy when he’s vulnerable and unable to fight back, just like he did to you once upon a time. Maybe you just want to even the score.

So maybe you’re stooping to his level. Maybe you’re abusing your power in what is currently a socially acceptable and rewarding manner.

Maybe I just got too close. If you’re feeling the pain, I refer you back to the cute puppy page.